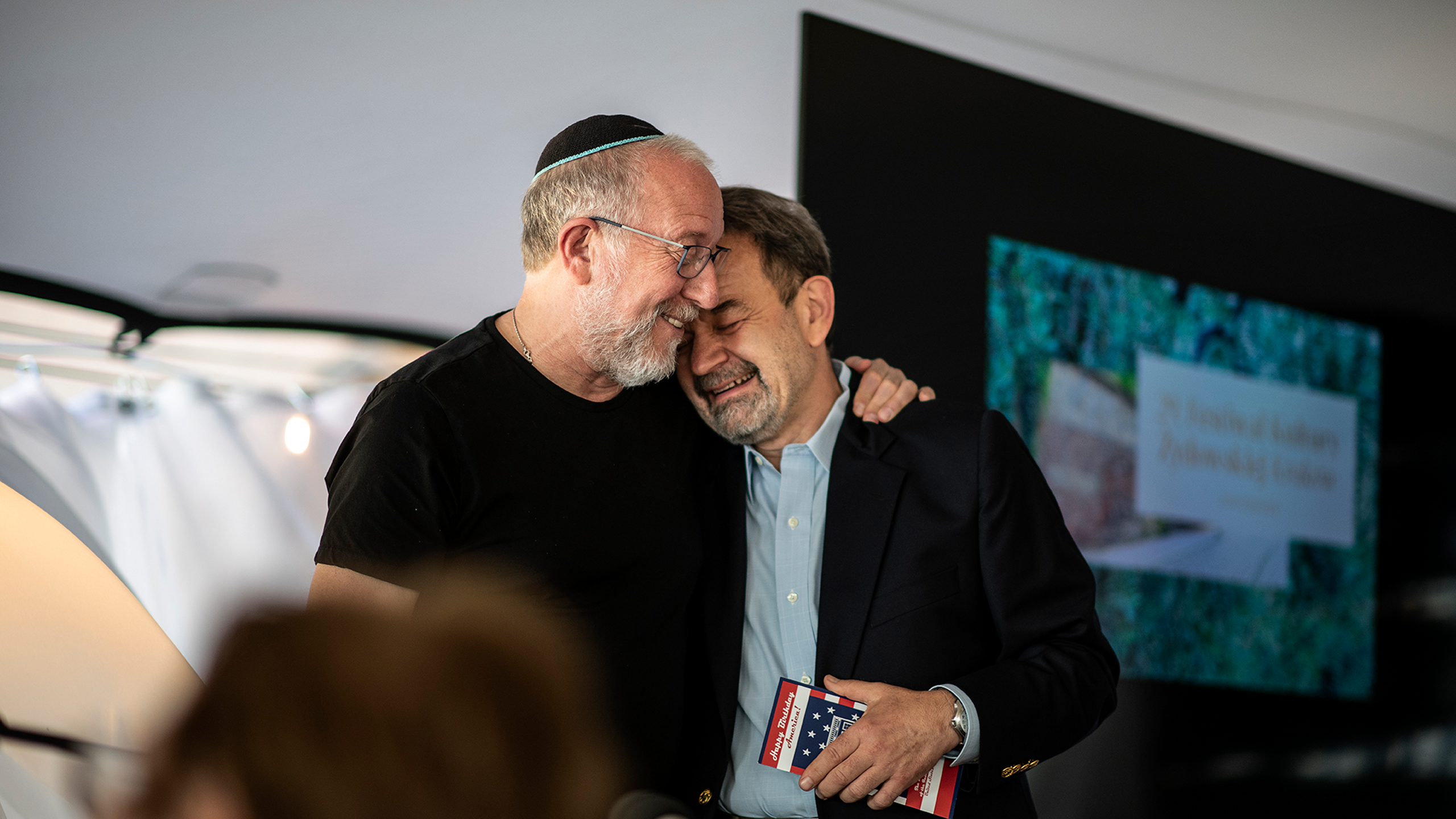 Janusz Makuch and Yossi Klein Halevi were invited to a special edition of the TJHTalks – a series of webinars by Taube Center for Jewish Life and Learning right before the anniversary, 30th edition of the Jewish Culture Festival. .

Marking the 30th anniversary of the Festival, Janusz and Yossi discussed the lasting impact, the challenges and the future of this unprecedented celebration of contemporary Jewish culture.

It is hard to believe that the first installment of the acclaimed Krakow Jewish Culture Festival took place over thirty years ago. It was in 1988–in the shadow of the crumbling communist regime–that two dedicated non-Jewish activists attempted the impossible: bringing Jewish culture to the forefront of social discourse, for the first time since World War II. Today, in an increasingly divided world, the Festival with its inclusive and welcoming message appears to be more relevant than ever before.

Join the original founder of the Festival, Janusz Makuch, in conversation with Yossi Klein Halevi, a long-time friend of the Festival, exploring the influence it had on Jewish life and culture in Poland and beyond. Our speakers will discuss how the Festival began, what role it served across decades and how its unprecedented success brought the Jewish world into mainstream cultural narratives.

Yosi Klein Halevi: Here is my conversation yesterday with my beloved friend, Janusz Makuch, the remarkable founder and head of the Krakow Jewish Culture Festival, the best Jewish culture festival in the world. This rich, deeply personal conversation focuses on what motivated Janusz, a non-Jewish Pole, to devote his life to Jewish culture, what it is about Judaism and Israel that moves him and why this festival is his personal kaddish (a prayer, he notes, that is not about death but life) for Polish Jewry. If you want to be inspired by a story of personal courage and determination, and reminded about why the Jewish story matters, listen to Janusz.

The webinar generated a lot of interest and emotions among few hundreds of listeners worldwide. Lili Haber, President of the Krakow Society in Israel wrote in his letter to Janusz Makuch: I listened to the fascinating conversation between you and Yossi Klein Halevi on “Renewal Personified: The Three Decades of Krakow Jewish Culture Festival”. The conversation has enlightened my eyes in so many ways and from different angles. I’ve learned a lot. I thank you very, very much for that.